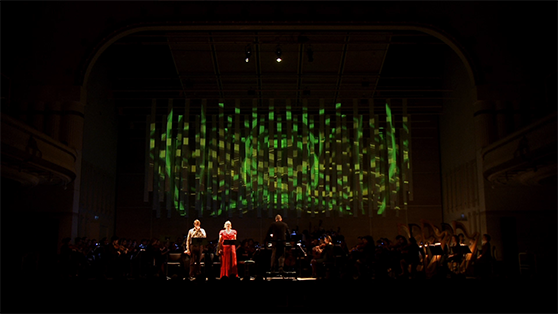 I supervised students from different departments of the Royal Academy of Art The Hague and together we designed a screen consisting of 68 pieces of transparent cloth (400×20 cm), hanging in four layers above the orchestra. By projecting on this cloth we created visuals with an illusion of depth. We chose 7 leitmotivs (recurring theme, associated with a particular person, place, or idea), and created animations representing these using color, shape and movement. These animations were played at key-moments of the performance. 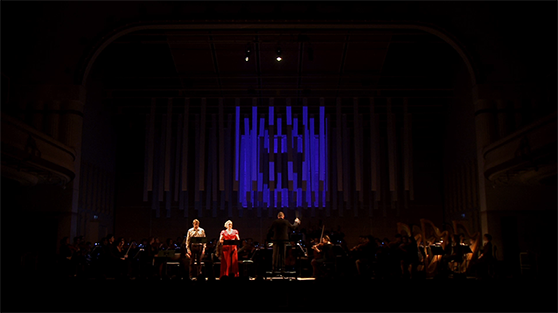